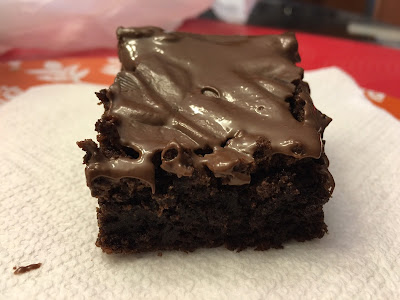 This was one of the things I baked for my Canadian relatives while I was in Winnipeg for my cousin’s wedding. My aunt and one of my cousins wanted brownies and that’s so easy to make on the fly. Although I did have to find one that uses only cocoa as I forgot to get unsweetened chocolate at the grocery store when we did our run for baking ingredients. 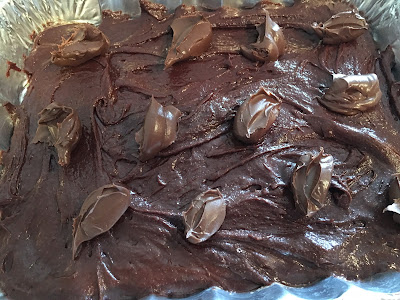 Normally I don’t like cocoa brownies. Why? Brownies made exclusively with cocoa, even without any leavening agents like baking soda or baking powder, tend to end up being more cakey even if the brownie is meant to be fudgy. They have a softer mouthfeel with soft being like a cake rather than dense and chewy like baked fudge. Cocoa does add a nice chocolate depth to brownies though so my favorite recipes tend to include both baking chocolate and a small amount of cocoa. 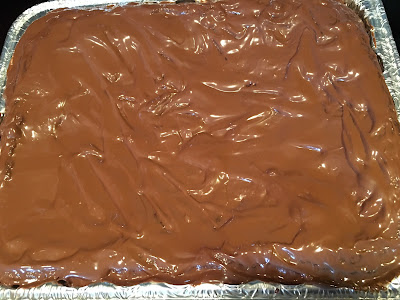 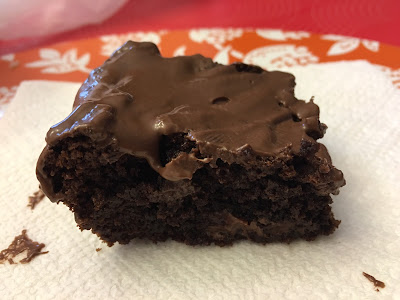 But cocoa was all I had so this is the recipe I went with. On the whole, it turned out fine. The chocolate was good, it was fudgy but yes, it was still a bit lighter in texture than a recipe using only baking chocolate. I upped the decadence factor by using the lazy baker’s frosting, i.e. Nutella spread over the hot brownie 5 minutes after coming out of the oven. I didn’t have any toffee or extra chocolate chips to sprinkle on top so I kept it plain. No one seemed to mind and the full 9 x 13 pan of brownies disappeared before a day went by (I doubled the recipe below). Clearly, I’m in the right family. 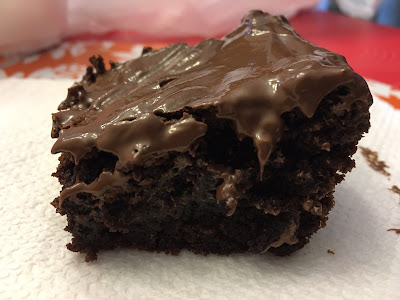 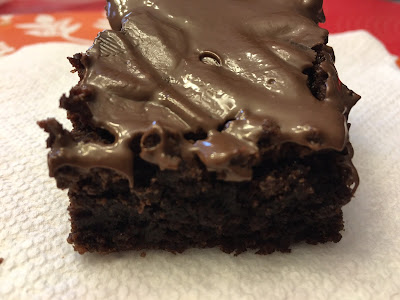