Oatmeal Chocolate Chip Cookies - made August 12, 2016 from Liv for Cake 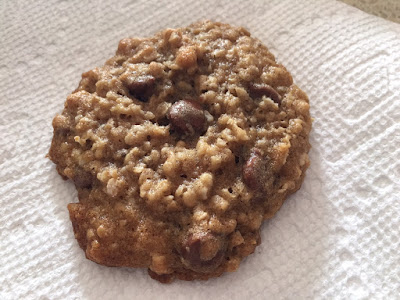 I was in Winnipeg last month for my cousin’s wedding. As always, when I visit that side of the family, I bring banana bread with me as it’s one of their favorites. While I was there, I also made apple cobbler as it’s my uncle’s favorite. My cousin, who was the one getting married, asked for oatmeal cookies, “the chewy kind”. At first I was puzzled by the request since, to me, all oatmeal cookies are chewy. Then I realized she was comparing it against the crisp oatmeal cookies you can buy in grocery stores. Yeah, I don’t do crisp. 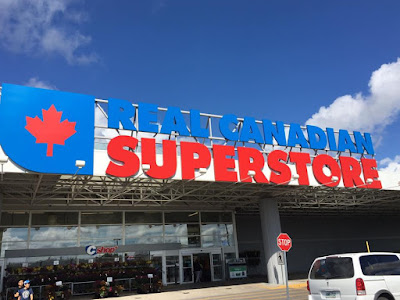 I’m so used to baking in my own kitchen that it’s actually hard for me to bake anywhere else. For one thing, I take for granted that the staples in my pantry are staples in everyone else’s pantry. Which is not always the case. For this trip, I was staying in my other cousin’s house (the bride’s oldest sister) and I had to do an inventory of her kitchen to determine if she had what I needed to make cookies and I don’t just mean the ingredients: cookie sheets? Measuring cups and spoons? Mixing bowl? Mixer? Spatula, wooden spoon? My cousin was a cook rather than a baker. Thankfully she had most of the equipment so I mainly had to shop for ingredients. Another cousin of ours took me to the grocery store and some of the things I needed, she had in her pantry so between the two kitchens and a trip to the Real Canadian Superstore, I got what I needed to try out this oatmeal cookie recipe. Normally, when I make cookies, I like to make them big. Partly because I like big, thick cookies and partly because they bake better when they’re bigger since you have time to bake them long enough for the edges to get crisp but the middles will still remain chewy. If you bake small cookies, they tend to not only bake faster but also more uniformly, meaning by the time the edges are baked, so is the rest of the cookie and there’s less underbaking in the middle in the cookie. Which is my favorite part.

In this instance, I did end up making the cookies small. I was only making one batch and there were going to be over a dozen people eating them so instead of getting 12 large cookies out of one batch, I made over 2 dozen small cookies. That did mean they ended up a little more baked than I would have liked. They weren’t dry but they weren’t as gooey-chewy as I normally make my cookies. The other challenge of not baking in my own kitchen is I had to learn my cousin’s oven. Some ovens run hotter than others. Her baking sheets were also a darker finish than mine and even lined with parchment paper, the bottoms baked more quickly than I would’ve liked. I know, a litany of first world problems, right? 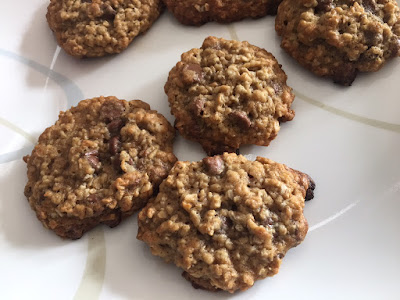 In the end, the cookies turned out pretty well. I baked the first batch inadvertently to full bake instead of underbaking but I learned for the last 2 batches when to take them out so that even though they looked underdone, they were actually just right by the time they had cooled and set. I don’t know that I found these memorable compared to other oatmeal cookies that I’ve tried but it’s really hard for me to find THE oatmeal cookie recipe I would prize above all others. Then again, I also don’t know if that’s more because I didn’t bake these like I normally would from my own kitchen and had to adapt to a new place or if I’m just inordinately picky. My relatives loved them and were thrilled with fresh, homemade cookies so you have to take my picky spectrum with a grain of salt. 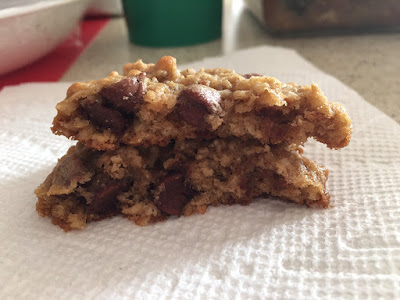