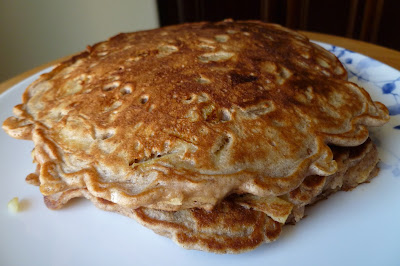 Some church friends were offering apples from their apple tree harvest and I took advantage of their generosity to help myself to a few apples, thinking of the apple-based recipes I’d pinned months ago, possibly from last fall when apples were in peak season and it was a good time to make apple desserts. 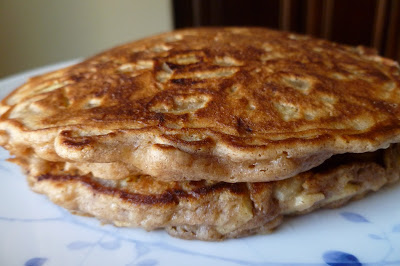 Or breakfast fare, as in this case. I didn’t quite follow the original recipe exactly and that may have been my downfall. For one thing, I don’t like a lot of spices so I only used cinnamon instead of the original cinnamon, nutmeg and cloves. I also decided to be generous with the apples and probably used more than I maybe should have. I chopped the apples into small pieces since the only way they were going to cook was over the griddle and I didn’t want crispy, uncooked apple chunks in my pancakes. I didn’t want mushy, overcooked apple pulp either but fortunately, the texture and doneness of the apples were probably the only thing I got right. 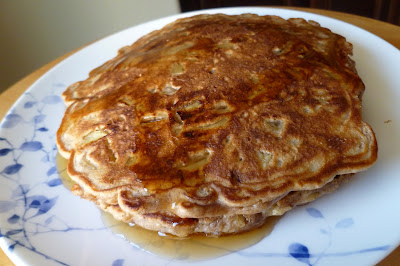 It isn’t like the pancakes were bad; they were….edible. They weren’t as fluffy as regular buttermilk pancakes but, perhaps because the apples I used weren’t very sweet or because my sweet tooth was left yearning, I didn’t think these had that much taste. I’m still trying to use up my cinnamon stash so I could upgrade to Penzey’s cinnamon but my current cinnamon isn’t very strong. I know pancakes shouldn’t be that sweet since the sweetness is supposed to come from the syrup you pour over it but I’m not one to drown my pancakes in syrup. (Have you read the calorie label on a syrup bottle? Who uses “1 teaspoon” of syrup?) Anyway, I didn’t love these nor did mine look like Averie’s so I suspect I lost the vision for these pancakes in my execution. Oops. 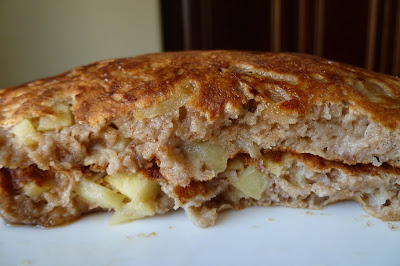