Fudgy Dark Chocolate Brownies - made August 4, 2016 from Belle of the Kitchen 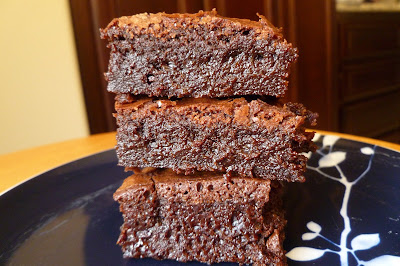 I can’t remember why I made these. I think I needed something quick and easy for treat bags when I went out with friends and brownies are almost as easy as cookies, especially if you need a decent number to give away. 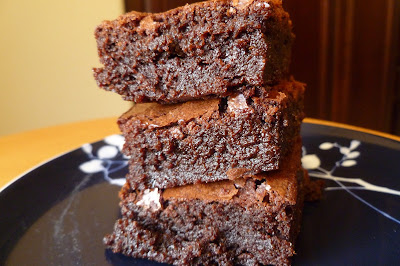 These look almost too gooey but that’s mostly because I cut them and took pictures before the brownies had completely set and cooled. Remember the key to moist, fudgy brownies is to underbake them because the chocolate sets after baking and cooling. If I had taken pictures of these the next day, they would look more fudgy rather than gooey. That said, I think I did underbake them just a trifle and they could’ve done with an extra 2-3 minutes in the oven without comprising their fudginess. 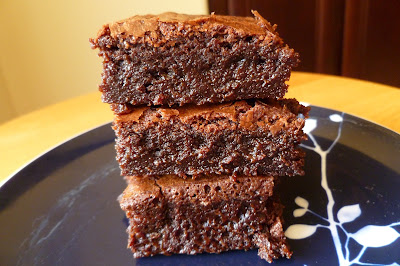 The reason I can tell is they were just a trifle difficult to remove from the cooking-spray-coated foil lining in the pan. Normally, it’s easy to pull them apart after cutting but they were just a bit gooey when I tried it. Regardless, they were still fudgy goodness. 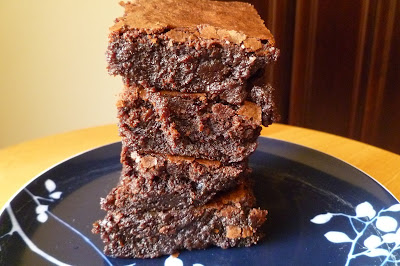 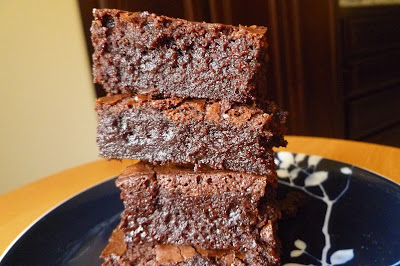 One trick I’ve learned with baking brownies – if you’re like me and don’t like a crust-like top on your brownies, either that thin, almost flaky crust you get with boxed brownies or a “crisp”, thicker crust, you have to avoid overbeating the batter after you add the eggs (that’s the thin, flaky crust with your eggs adding a meringue-like texture to the top from being beaten too much) and bake the brownies at a lower temp. If your oven tends to run hot or you’re baking thicker brownies, try baking at 325 degrees instead of 350. Never go higher than 350 as that will (over)bake the top of your brownie while the center underneath will take a little longer. I also never bake on the convection setting because I don’t want the top to bake into a crust while the rest of the brownie catches up. 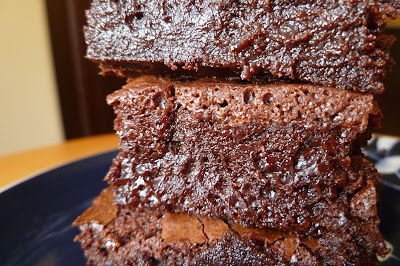