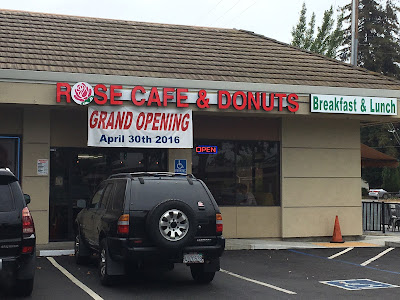 Rose’s Café is the kind of place I like to go to for a casual meal: it’s a local small business, the prices are reasonable, you order your food at the counter and pay for it there, they bring it out to you and you eat. The selections aren’t fancy but straight up, good breakfast food. It’s larger inside than I expected from the outside and I’ve been told they had recently moved to their current location. It’s also nicely airy and bright, all the better to showcase their baked goods. They have a bakery display counter if part of your indulgence is bakery goods like croissants, cinnamon rolls, Danishes, apple fritters and doughnuts. 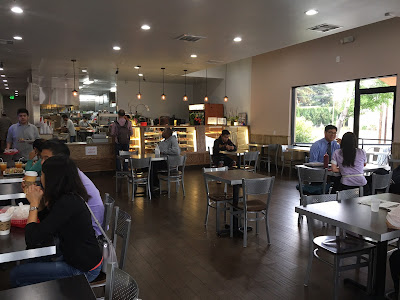 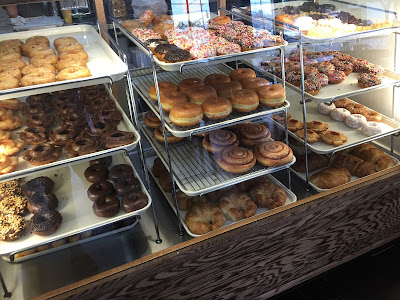 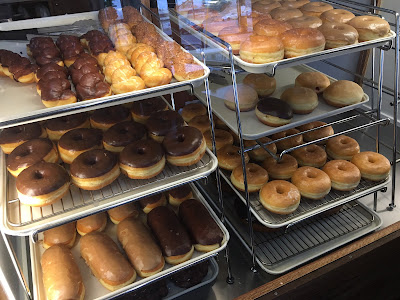 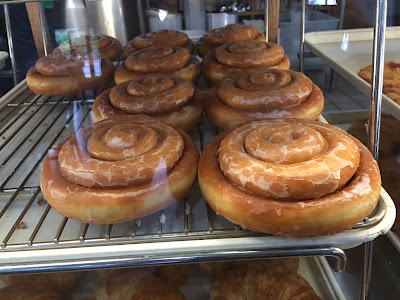 I met a friend there for brunch and, guided by the yelp reviews, ordered the breakfast burrito of scrambled eggs, sausage, bacon and hash browns in a flour tortilla. Simple, straightforward goodness. And it was cheap. I also bought the apple fritter to split with my friend and the two items together were less than $10. There are other, more expensive items on the menu with “expensive” being relative but it was definitely good value for your money. The breakfast burrito was sizable enough that I could’ve just eaten half for brunch and half for a late lunch. I didn’t but I could have if I had any self control. 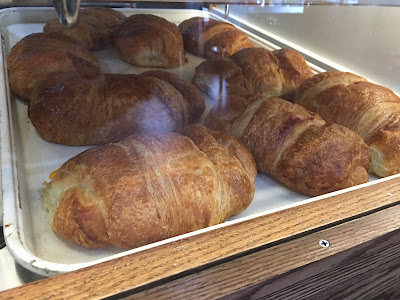 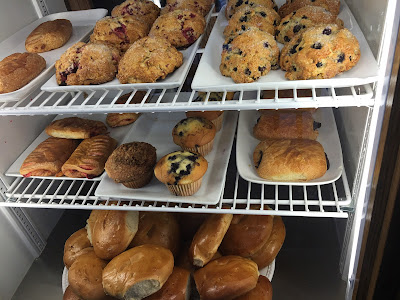 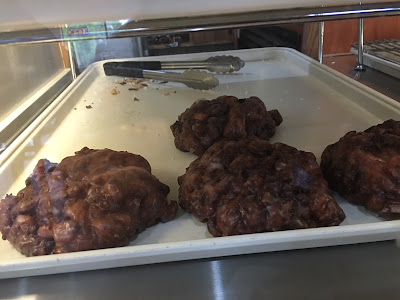 The apple fritter was okay but I wished it had more apples. Plenty of fritter, fewer apples. For that kind of raised dough though, I still defer to Stan’s Donuts, king of donuts and breakfast pastries. I didn’t try anything else but I definitely want to go back to Rose’s again and explore their other offerings.
My friend got the French toast combo and I have to say, the smell of the French toast was to die for. I don’t know why it smelled so good and normally I don’t order French toast since I could make it so easily at home but I might have to get it next time, if for no other reason than to inhale the scent and satisfy my olfactory senses. 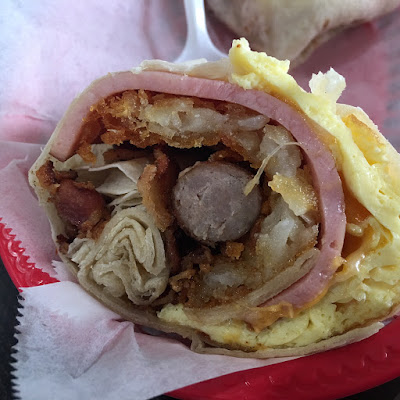 Oh and one thing to know about Rose's Cafe: it's cash only. Fortunately, their prices are reasonable so you don't have to bring a lot of cash but enough to cover what strikes your fancy. 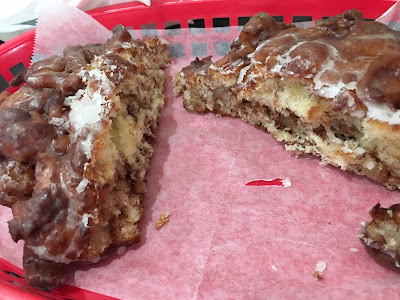