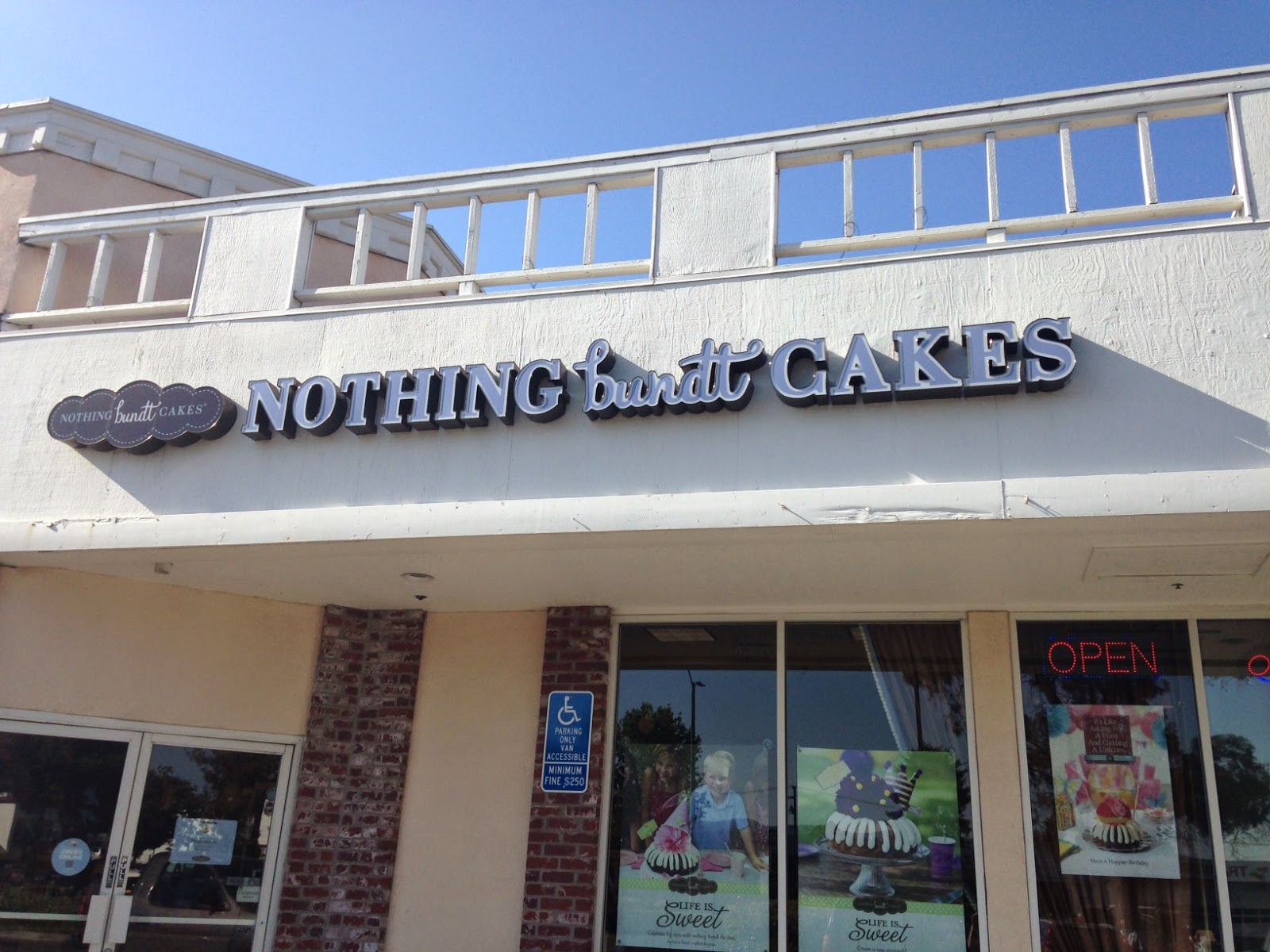 I first heard of Nothing Bundt Cakes several years ago. One of my coworkers had a cousin who owned a franchise and our department admin ordered bundt cakes from there for an office party. I clearly remember she ordered a carrot cake and a red velvet cake. They came appropriately decorated (it was for a birthday celebration) and, being me, I had to try a slice of each. For research purposes, you understand. 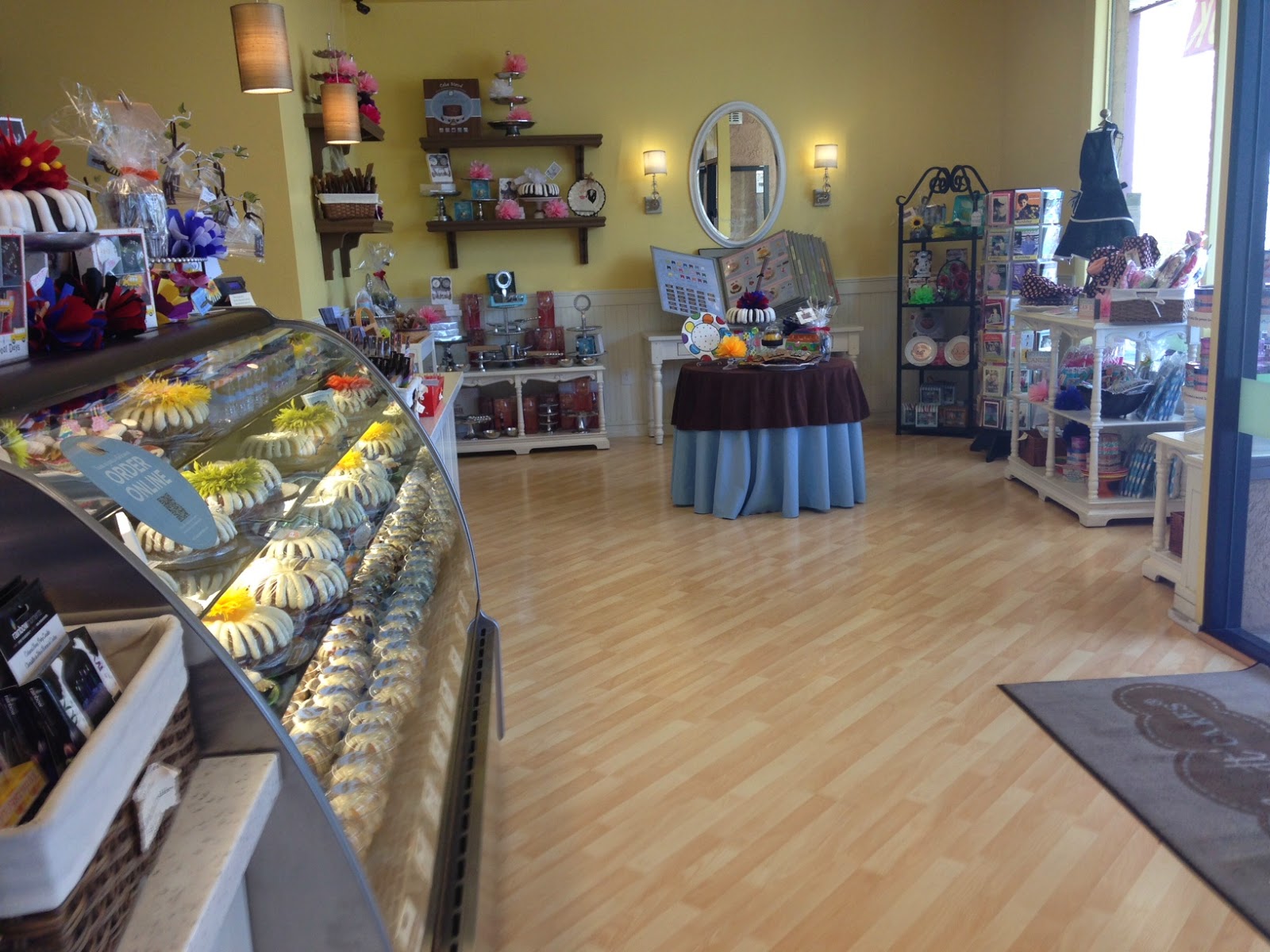 I tried the carrot first and wasn't impressed. While it was everything I believed a carrot cake should be, meaning just carrots, no nuts, raisins or pineapple, it was a bit dry. Let me tell you, it's hard to make a dry carrot cake because it's typically an oil-based cake and those suckers are moist almost by definition. For an oil-based cake to become dry, you've either overbaked it or it's been refrigerated for too long. So my taste buds went, "Meh." 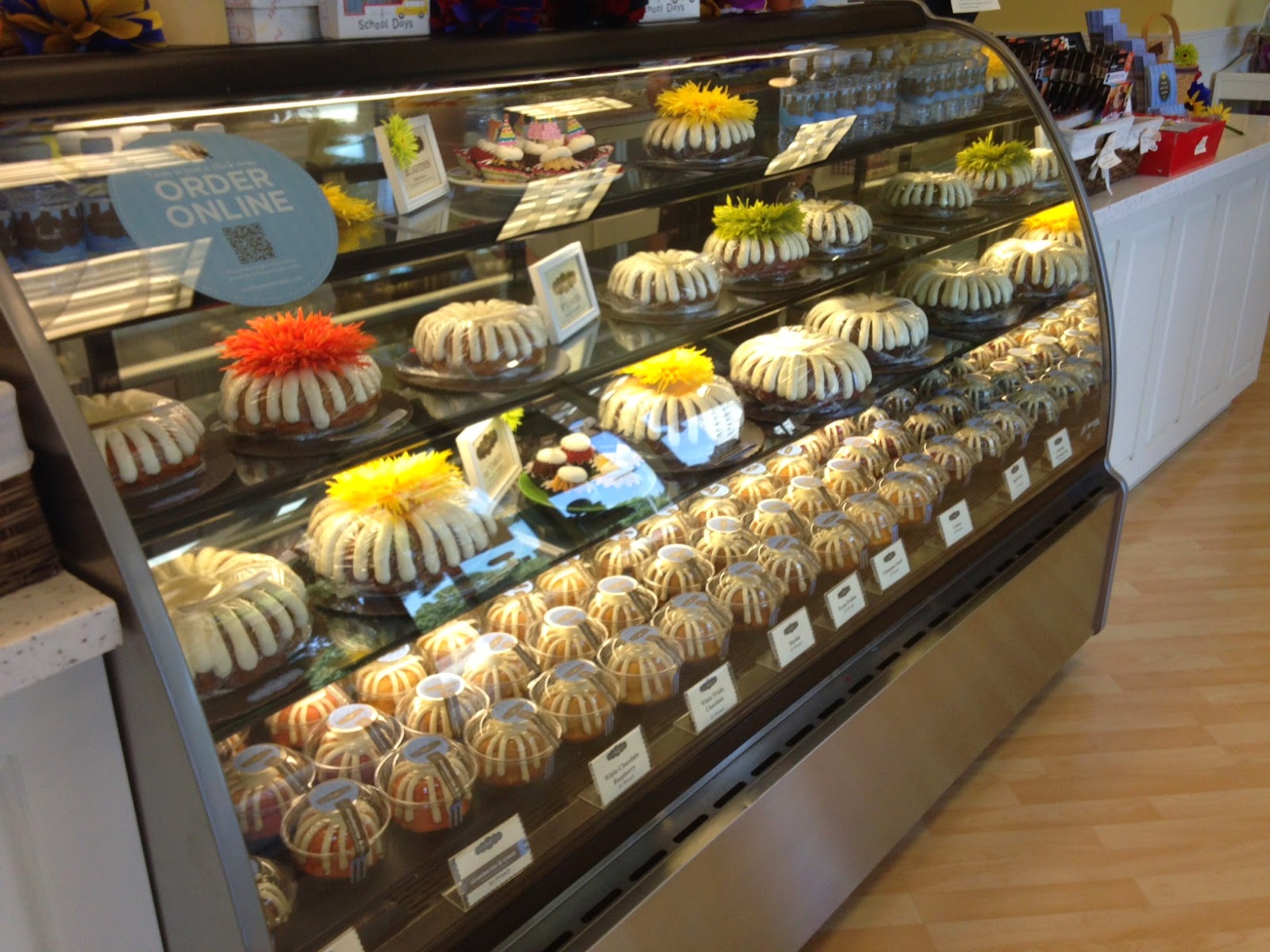 Then I tried a piece of the red velvet. Ahhhh. I take it back - now I'm impressed. It was moist, it was delicious and the texture was a perfect Bundt cake texture, fluffy yet dense enough to be a good Bundt cake but not too dense. All goodness. Bear in mind I make bundt cakes from scratch and, modesty aside, I think some of them have been pretty good. But I still also like the ones from Nothing Bundt Cakes. I've since had other flavors and other cakes from there, at first mostly from other birthday parties or get togethers although I've been known to indulge and get a bundtlette for my own personal consumption. 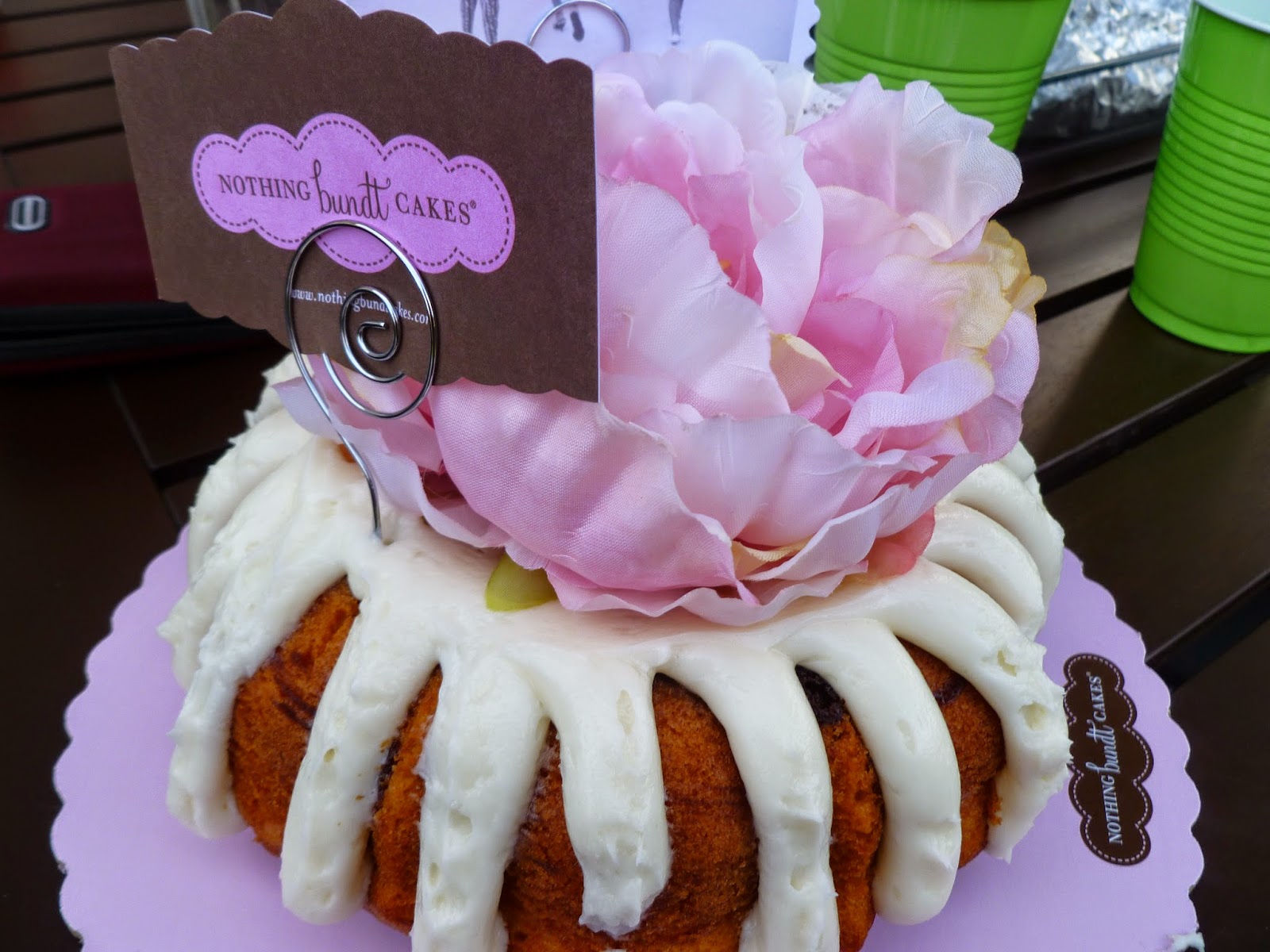 The red velvet has been a consistent favorite. The marble is good but more standard. Surprisingly I don't like the chocolate chocolate chip one as much. The texture is just as good as the red velvet but the one (or two) I've tried have tasted just ordinary without a good chocolate punch and it wasn't spectacular. As I always maintain, if I'm going to have empty calories, they should be spectacular empty calories. Otherwise I'm running on the treadmill and doing weightlifting for nothing. I still remain a non-fan of the carrot cake. Thinking I'd just tried one that was out of the norm, I gave it another chance at a later date and I still didn't think it was as moist as it should've been. 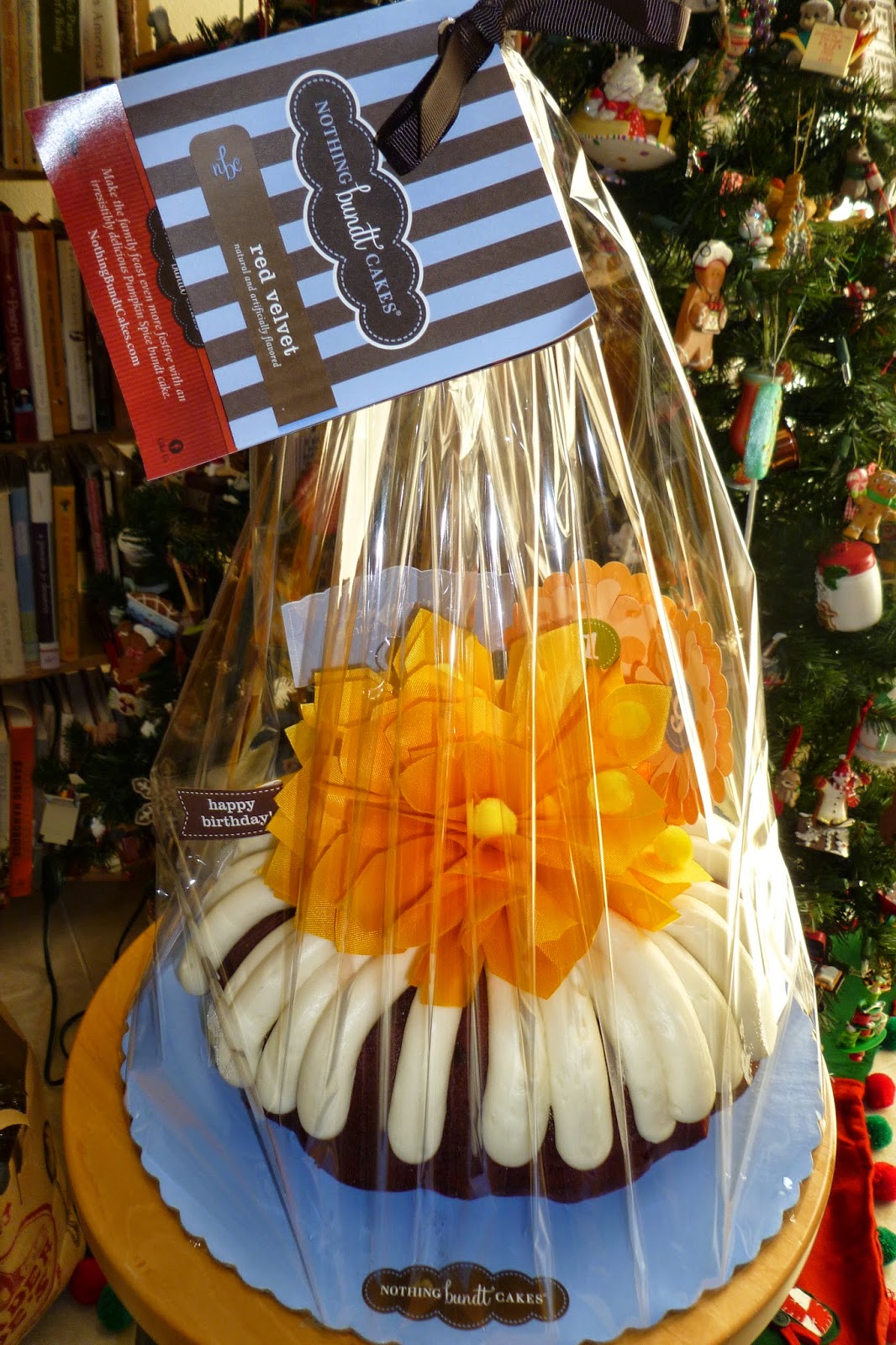 We're throwing my dad a birthday party later this year and for his birthday cake, I've been bringing my parents samples of different cakes from local bakeries for them to try and see which he likes best. I've brought a slice of red velvet and a slice of coconut pineapple from Susie Cakes and he enjoyed those but then I bought a couple of bundtlettes from Nothing Bundt Cakes for him to try. We tested out the red velvet and the lemon one week and the pecan praline and the marble the following week. Fortunately they sell those flavors in bundtlette size for more individual portions.
They were all good but I ended up liking the lemon bundtlette the most for the best flavor and texture. Almost as much as I like the banana cake from Icing on the Cake. Uh-oh, I sense another Holy Grail search for a copycat recipe in an attempt to duplicate the lemon bundt cake from Nothing Bundt Cakes. Or I can just keep going back and buying myself a bundtlette when the mood strikes.
While bundt cakes have that homey connotation as something you can make for yourself, I like certain flavors from Nothing Bundt Cake enough to definitely buy it rather than try to make it. I don't say that often about many baked goods but they're a great exception. If you're buying the full sizes for a party, they can be a bit expensive but are in line with mid to higher end bakeries. Oh, for the full-size Bundts, they tend to go a bit heavy handed (in my opinion) on the frosting but you can ask for less frosting when you order ahead of time.
Posted by Pastry Chef Baking at Friday, June 27, 2014