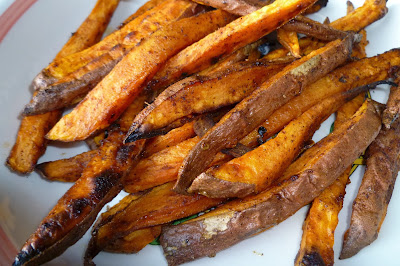 This was the recipe I tried with the second of my three sweet potatoes.  Sweet potato fries are my new guilty pleasure and when I go out to eat, I've taken to ordering a burger just so I could have sweet potato fries with them if they're available.  So I had to make my own with at least one of the sweet potatoes I bought.  The advantage of baking vs deep-frying is these are healthier and have less fat.  The disadvantage is they don't get crisp or as crisp if you bake them.  Despite their french fry appearance which implies crispness, these were actually soft.  I still liked them and the spices gave them a great flavor though.  I think they would've eventually gotten more crisp if I had baked them even longer but I didn't want them to burn.  I wasn't risking not having my sweet potato fries. 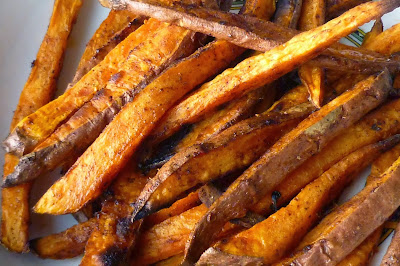