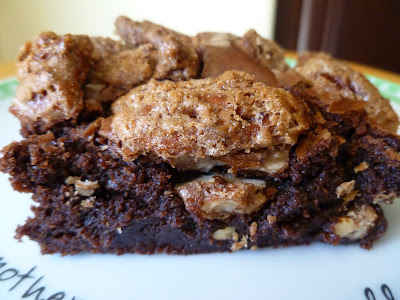 It's been almost 2 months since I stopped baking like I used to. Meaning not: baking every weekend, stocking up on cookie doughs and brownies to put in my freezer, bringing in weekly treats to work every Monday, handing out treat bags whenever I got together with friends, trying out new recipes, trolling pinterest for ideas, loading up on baking ingredients every time I went to Costco. 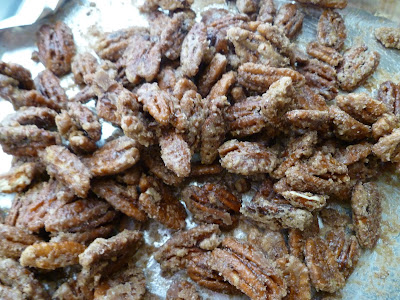 As you can imagine, it's been rather life-changing. On the positive side, I've had more free time (okay, work took up a good portion of that but still, I also got some additional running/half marathon training and reading in there), I'm saving a lot of money from my almost-non-existent grocery bill now that I'm not buying baking ingredients any more (people, I once left Costco and spent less than $30!!), and I've lost more than five pounds. 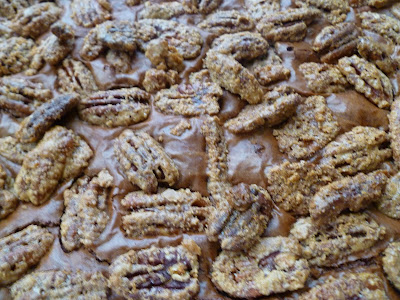 On the not-as-positive side, I feel like I'm missing some vital part of my identity, one that's shaped me for most of my life. Baking is part of what I've used to define my interests, my activities, what I do online and offline. And hey, I just like to bake. It feels weird not to plan what to make for treat bags whenever I meet my friends (I mean, I just show up now - empty-handed), not to bake on Sundays for the Monday morning dropoff in the work kitchen, not to keep a sharp eye out on sales for chocolate chips, flour, sugar, butter, and baking chocolate. I went down the baking aisle at Target today out of habit and didn't put a single item in my cart. That's just weird. 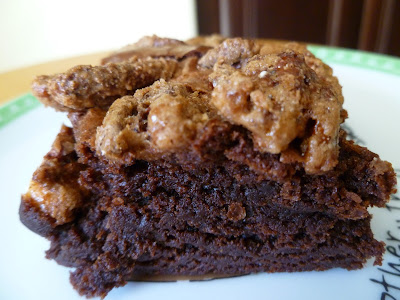 Fortunately though, I haven't given baking up completely. This was a recipe I had planned to make before I suspended my regular baking schedule and therefore I still had all the ingredients on hand to make it. Used up the last of my Costco butter to do it but it was worth it (eek, I'm now out of butter). This recipe breaks my normal rules of no brownies made with nuts but I did modify it to leave out the step of chopping the candied pecans and adding them to the batter before baking. No way. 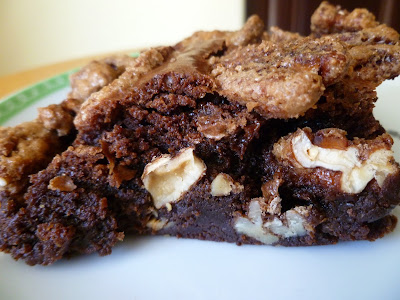 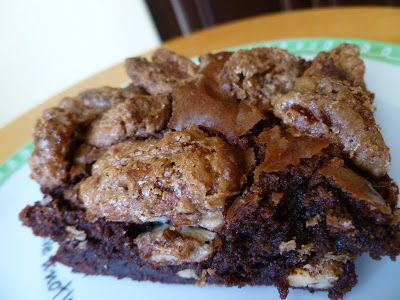