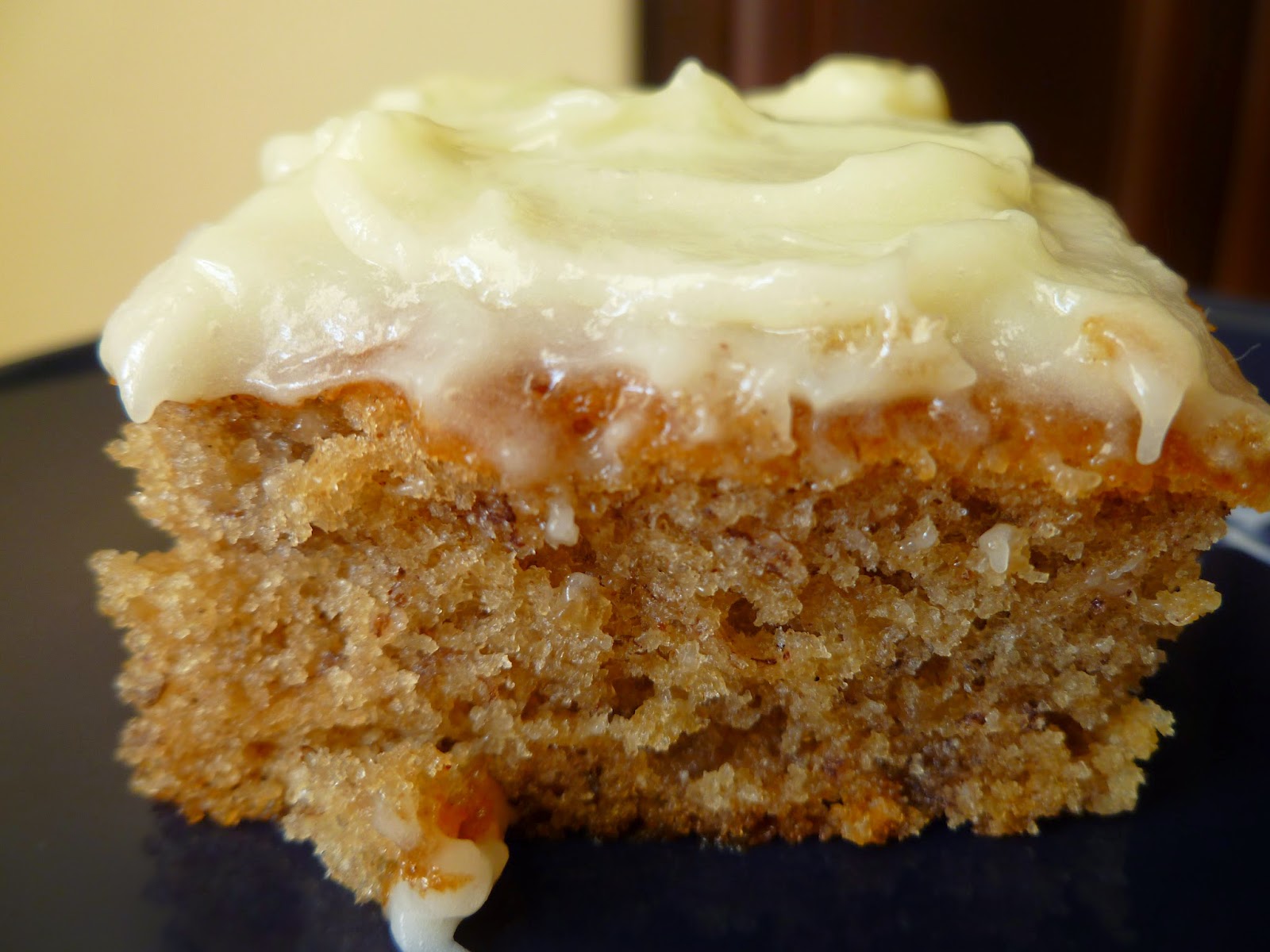 After my last two baking debacles (Snickerdoodle AppleCobbler and Snipdoodles), I needed an easy win to offer the baking gods that I couldn’t fail three times in a row. And nothing’s easier than a sheet cake or had a high probability of being a winner than a banana sheet cake with cream cheese frosting. Plus it’s been awhile since I made yet another attempt to try and duplicate the banana cake from Icing on the Cake. This is attempt #15 in case anyone’s lost count. 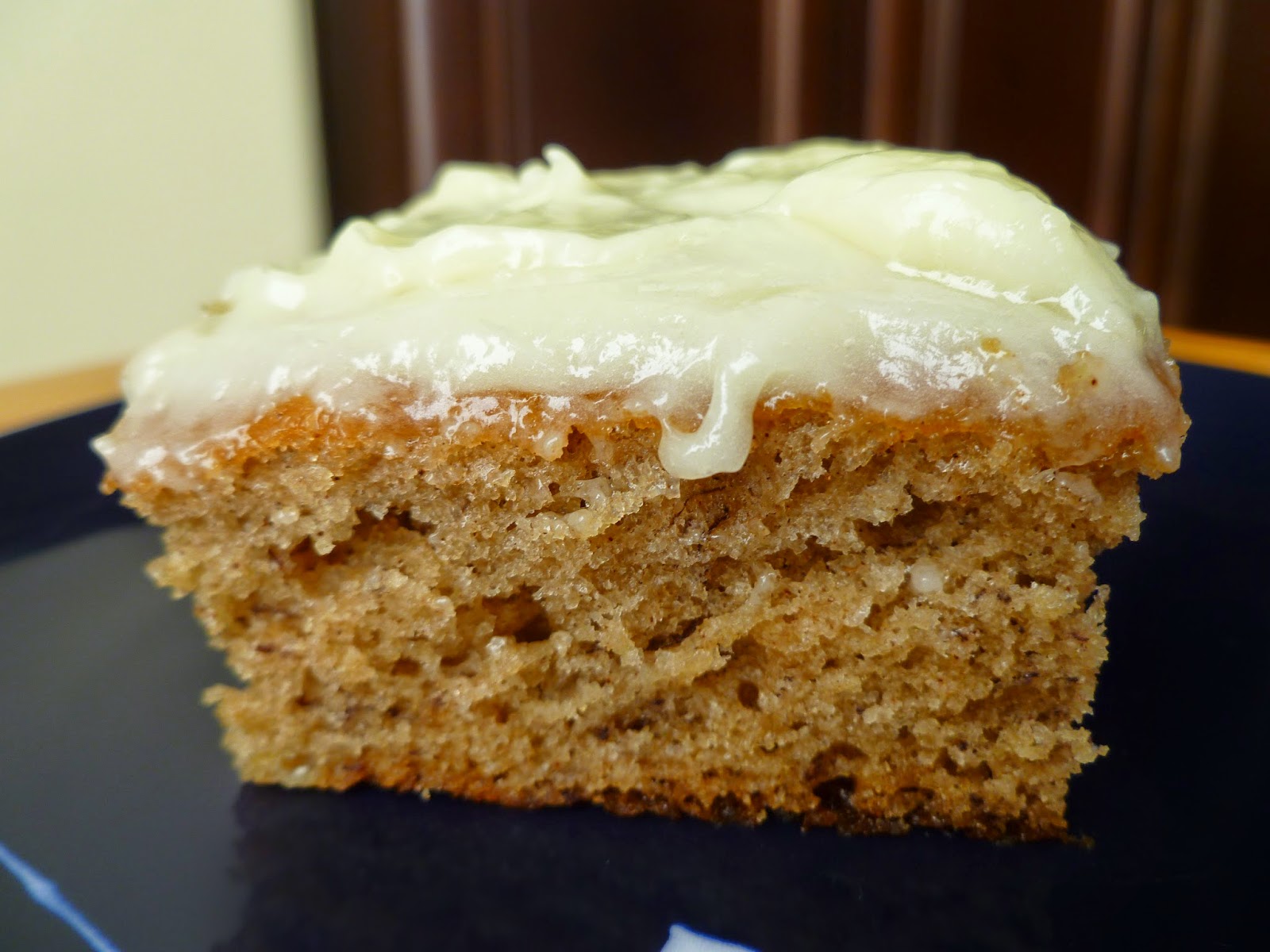 I didn’t expect this would be a lot like Icing on theCake’s texture since it didn’t have what I’d consider some progress in my previous 16 attempts to replicate their banana cake texture, namely cake flour for a softer crumb. But still, it turned out to be a pretty good cake nonetheless and soothed my baking ego that I wasn’t a total loser just because my previous two baking attempts were semi (or wholly) failures. 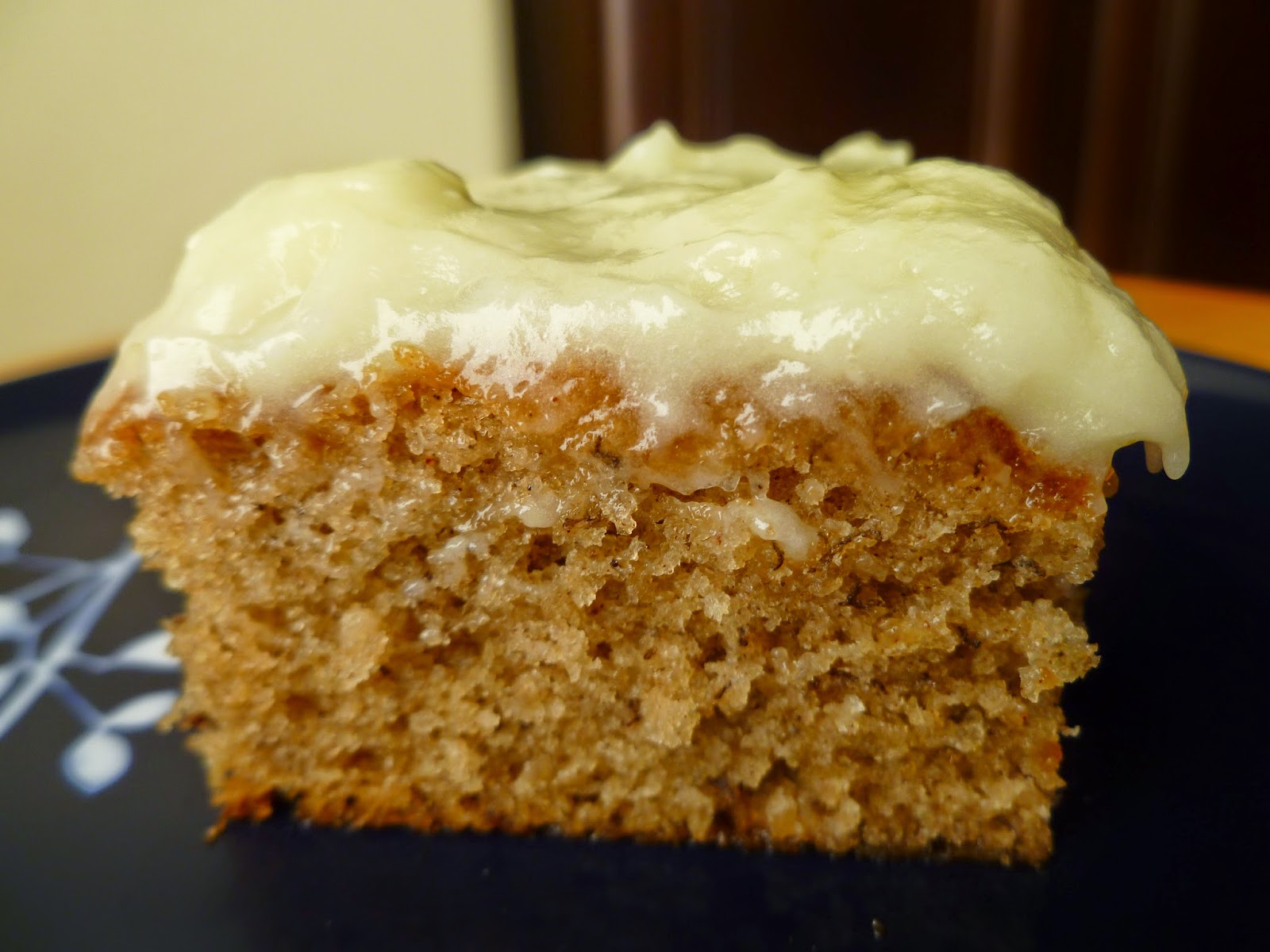 This was good and a bit standard, meaning not sure I’ll remember it a few months from now or feel the urge to make it again, but if you need a quick, easy and tasty banana cake to feed a crowd, this will do nicely. As always, make sure you’re using overripe bananas and don’t overbake it. 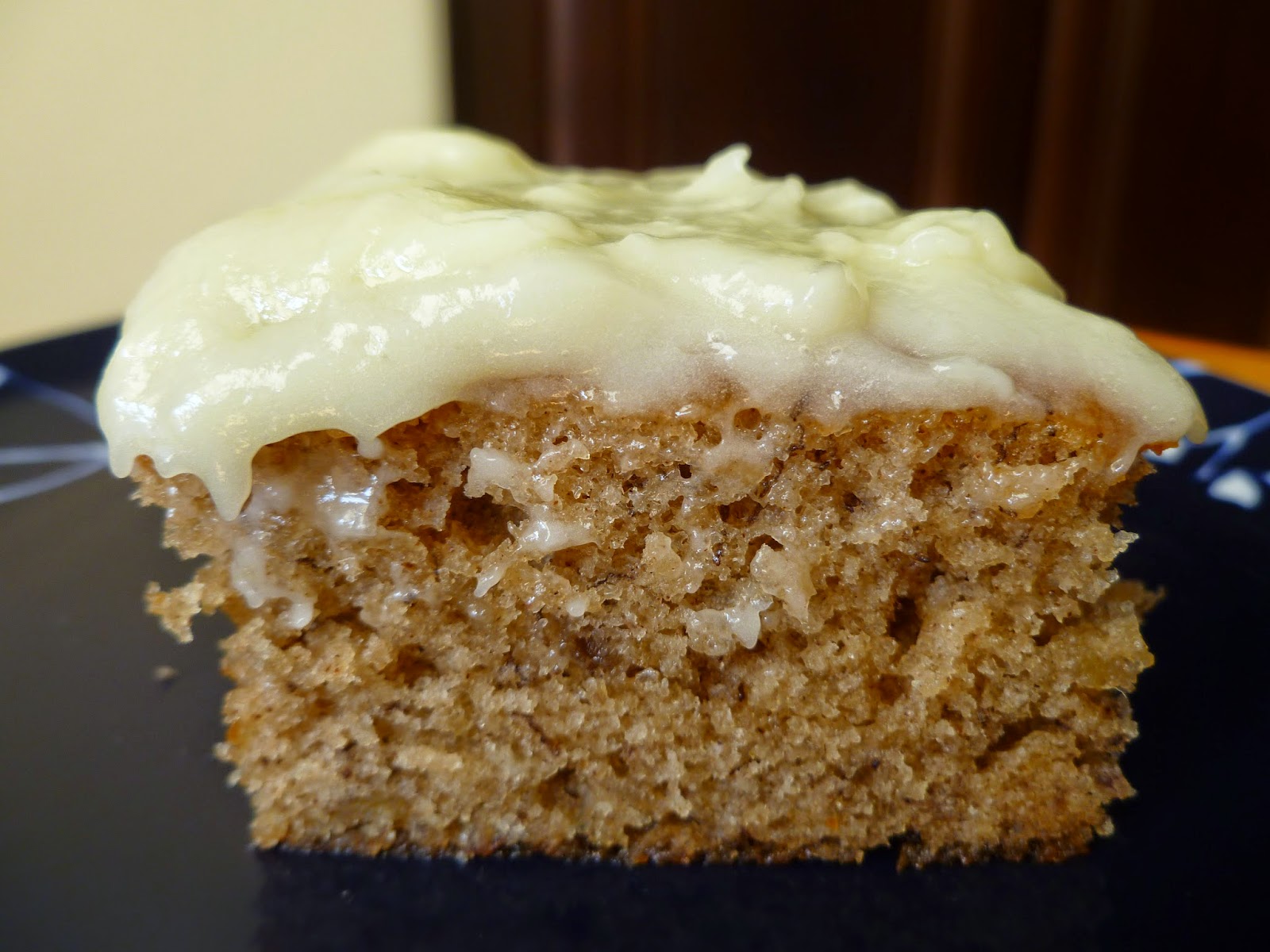