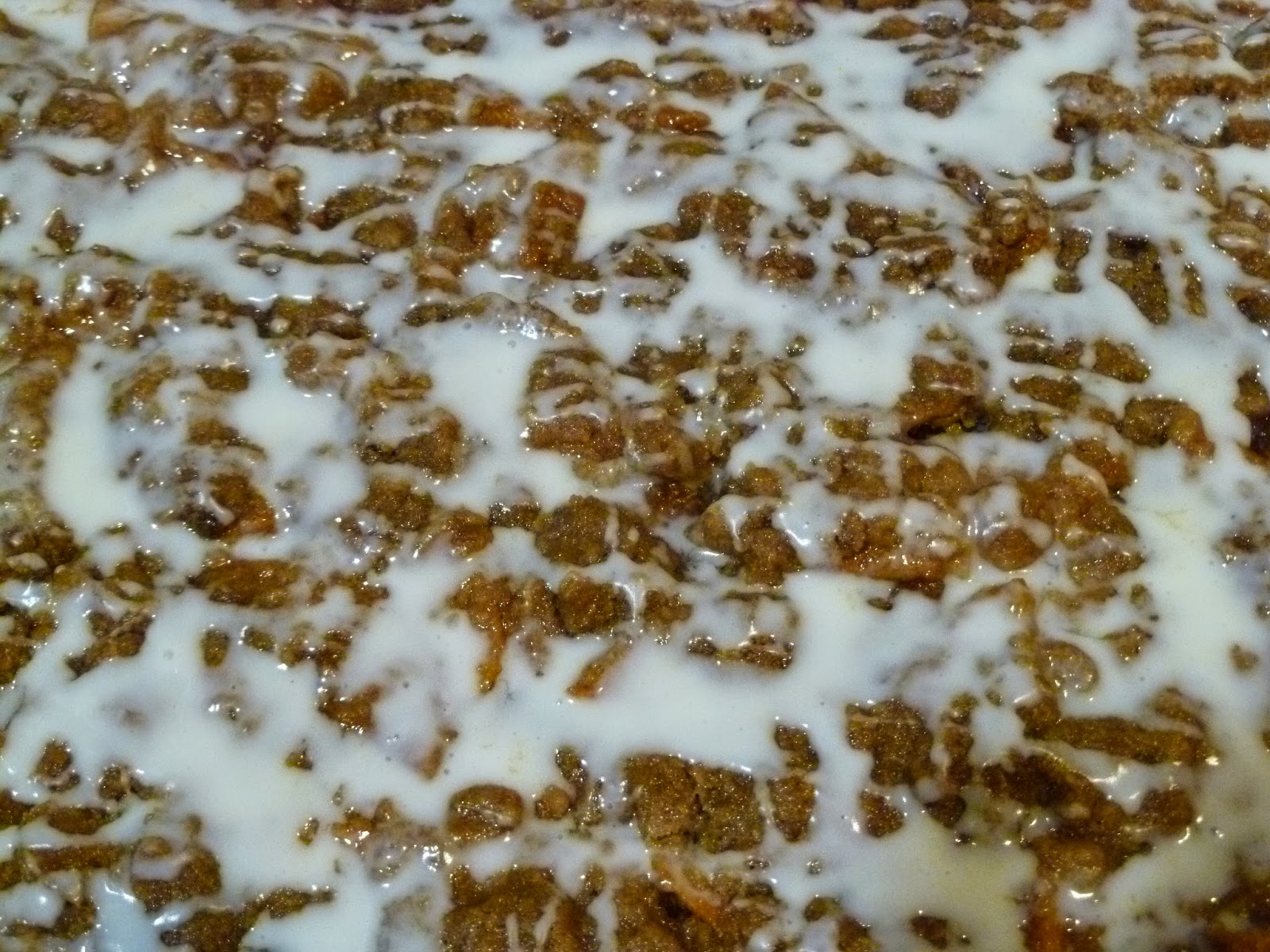 Since I found the apple pie I’d bought from Three Babes Bakeshop for Thanksgiving so tart, I felt like I was left hanging on the apple pie front. Apple pie to me means sugary cinnamon-y apple slices tucked inside a flaky crust, served warm and topped with vanilla ice cream. Which is great except that making pie crust isn’t top of my list of things I can do effortlessly. I’ve made them before and they’ve turned out okay, one or two of them were even pretty good. But I hate the whole kneading thing, flouring, not flouring, sticking to the rolling pin aspect. 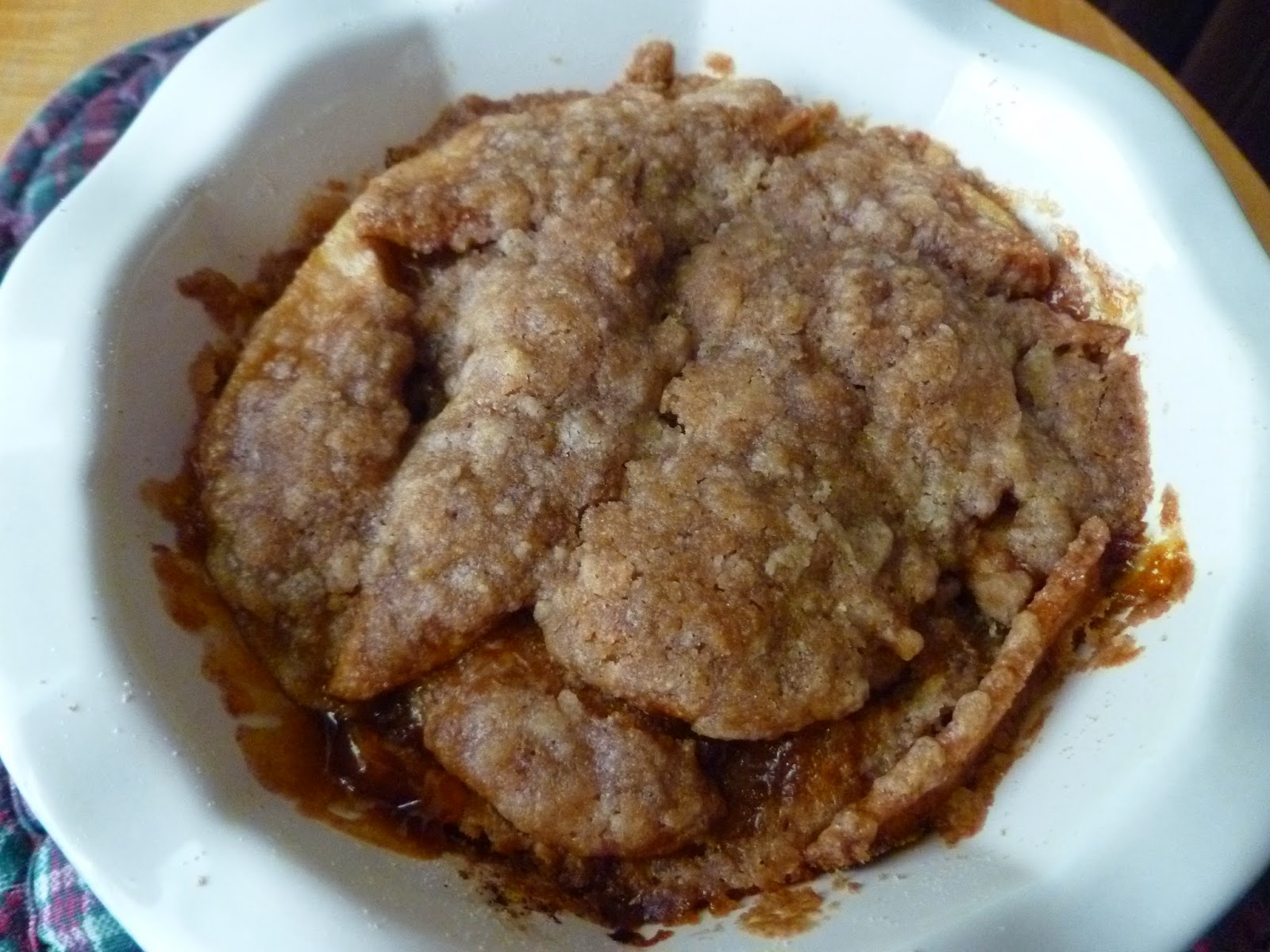 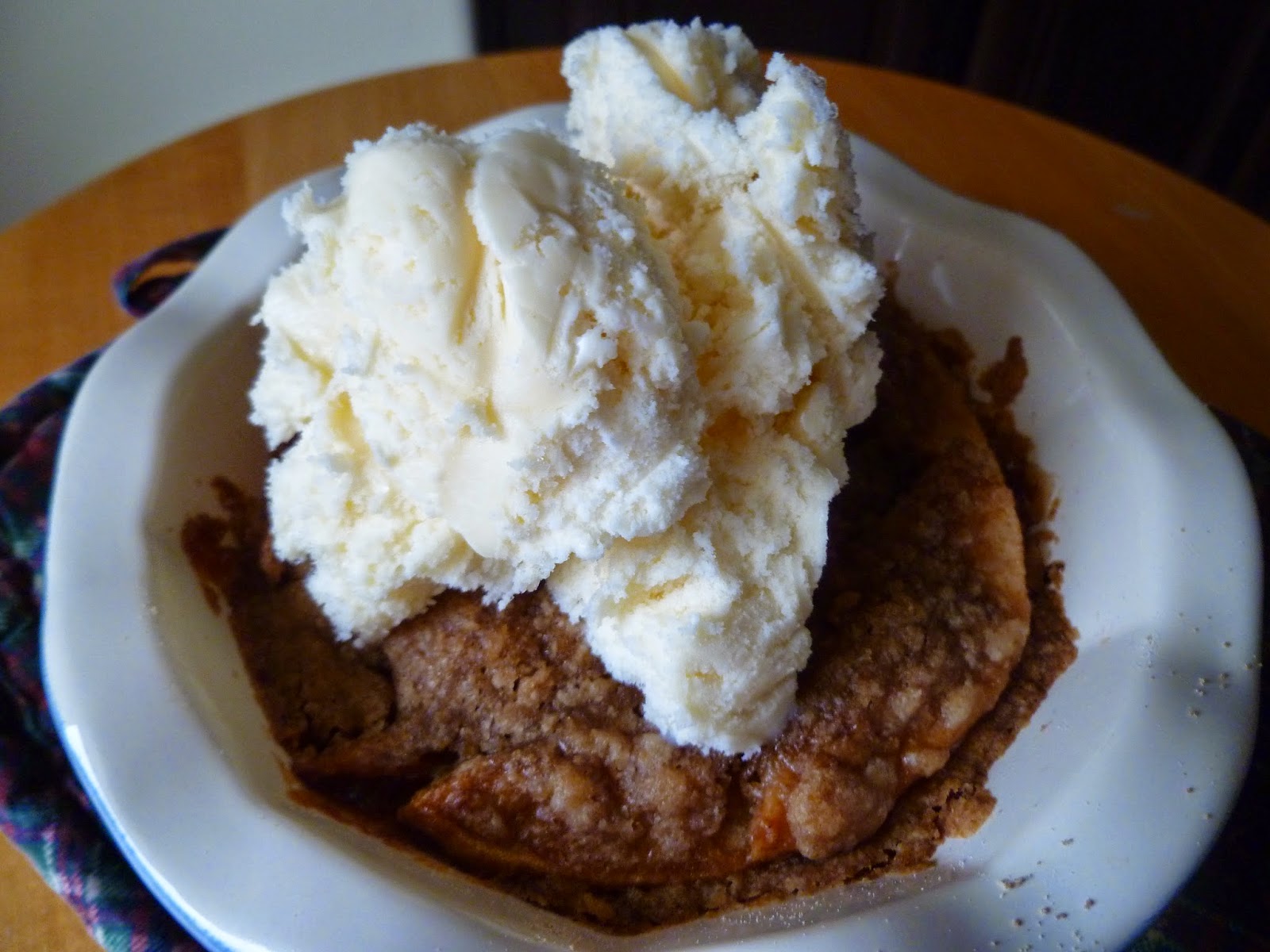 Enter Slab Apple Pie. (You don’t know how many times I kept mis-reading that as “slap happy” instead of “slab apple”.) This is the easy-for-the-holidays version where it’s basically an apple crumble bar cookie. There’s a crust that you don’t have to use a rolling pin to mess with; you simply spread and smooth it into an even layer on the bottom of a 9 x 13 pan. Layer the apple slices on top that have been tossed with that cinnamon-sugar mixture that’s very important to me, then sprinkle the streusel topping over it and bake. Once it’s cool, you can glaze with vanilla icing or leave unadorned and top with vanilla ice cream, your call. 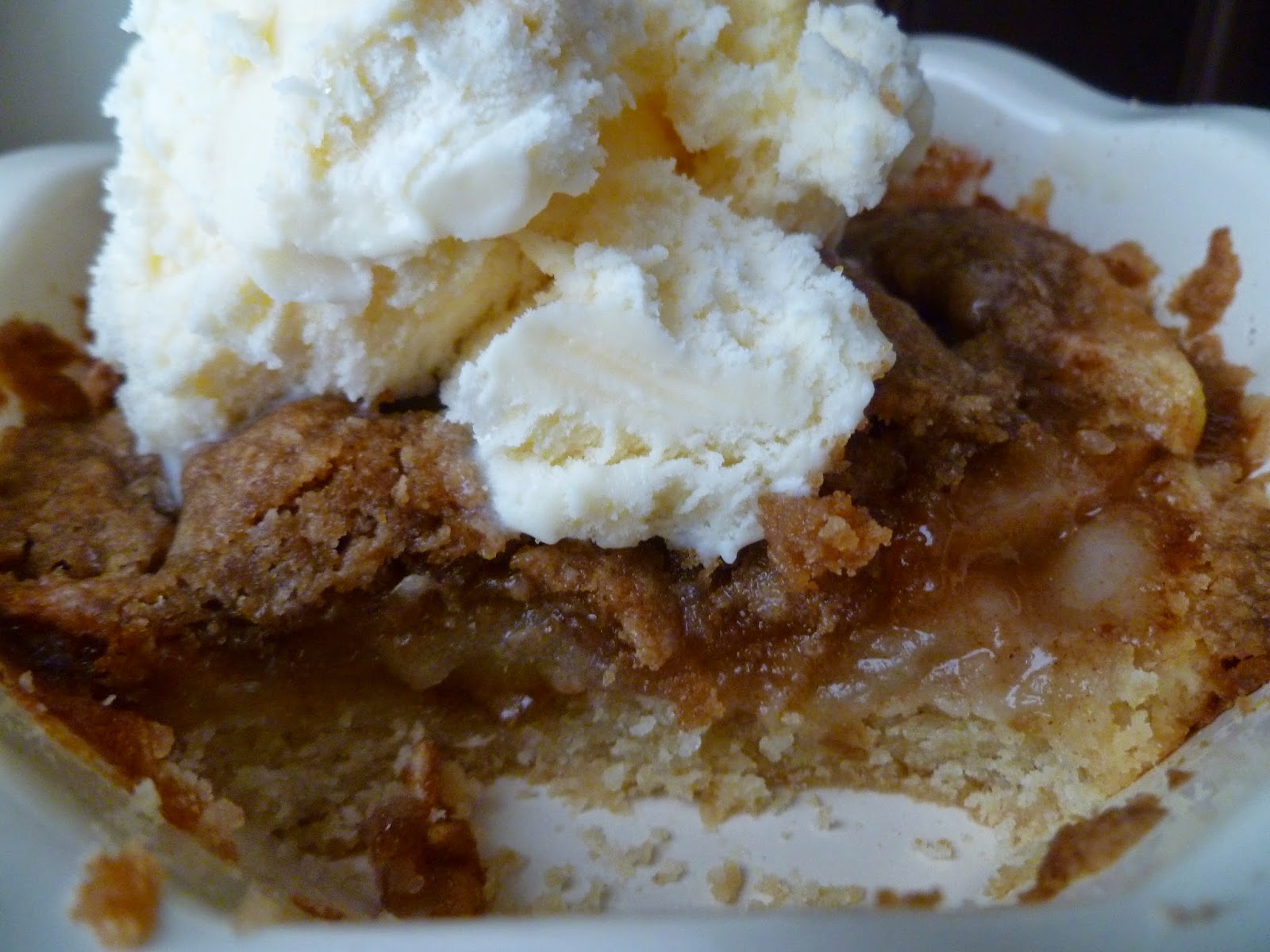 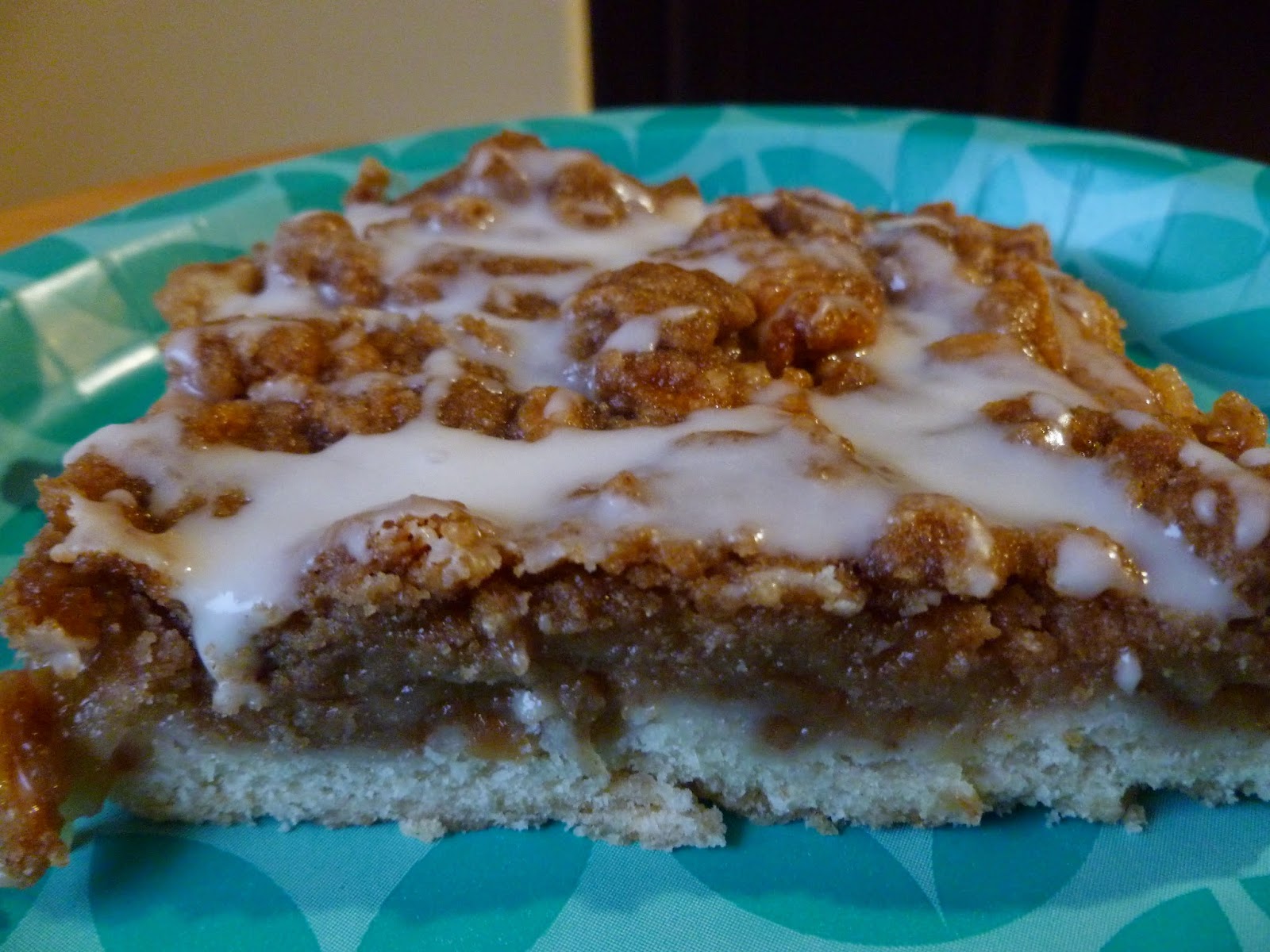 As faux apple pies apple bars go, this was a good substitute although I have to admit, it didn’t quite satisfy my need for an apple pie this season. But the taste is there and this is an easier to make alternative. I did make my own little apple pie in an individual pie ramekin just to fake myself out that I had an apple pie going on but the rest I did make in a 9 x 13 pan, cut into bars and portioned out to give away. 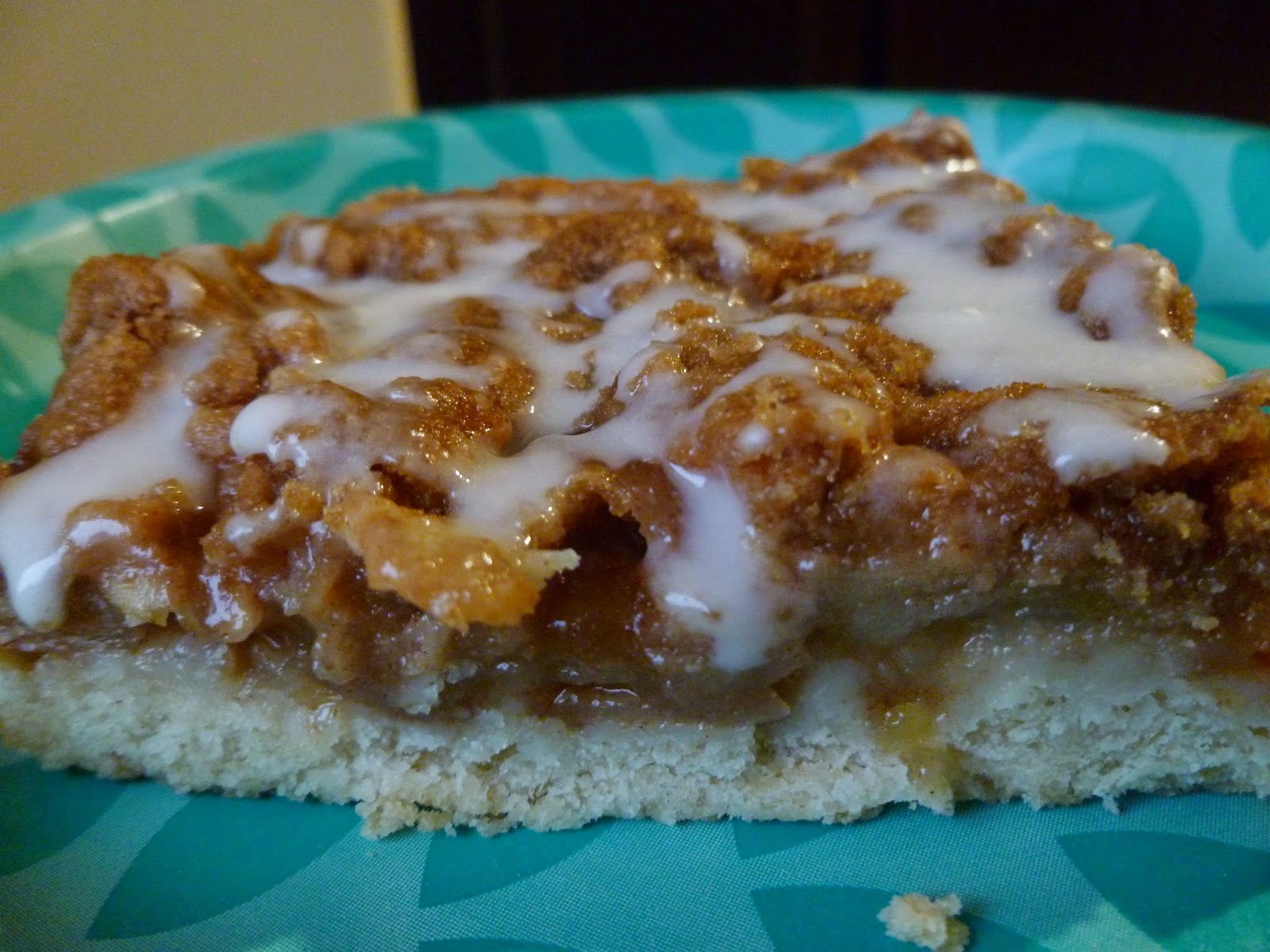 You want to be careful not to overbake these as the crust can become dry if you bake it for too long. Bake only long enough for the apples to become soft when you stick a toothpick in it. 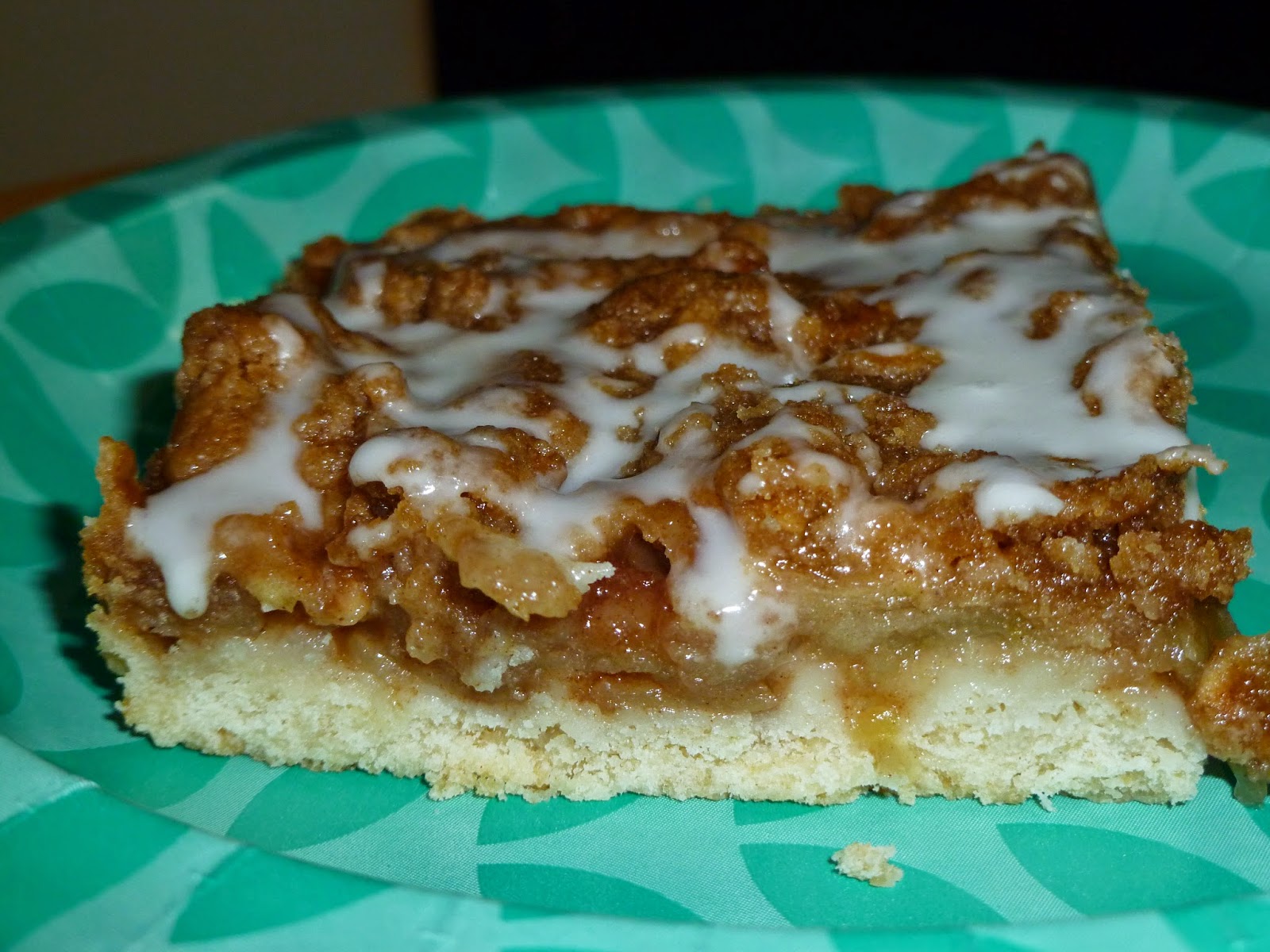 My only issue was the apples were pretty moist so they didn’t allow for all of the vanilla icing to set as much. But moist apple filling is really not a bad thing. 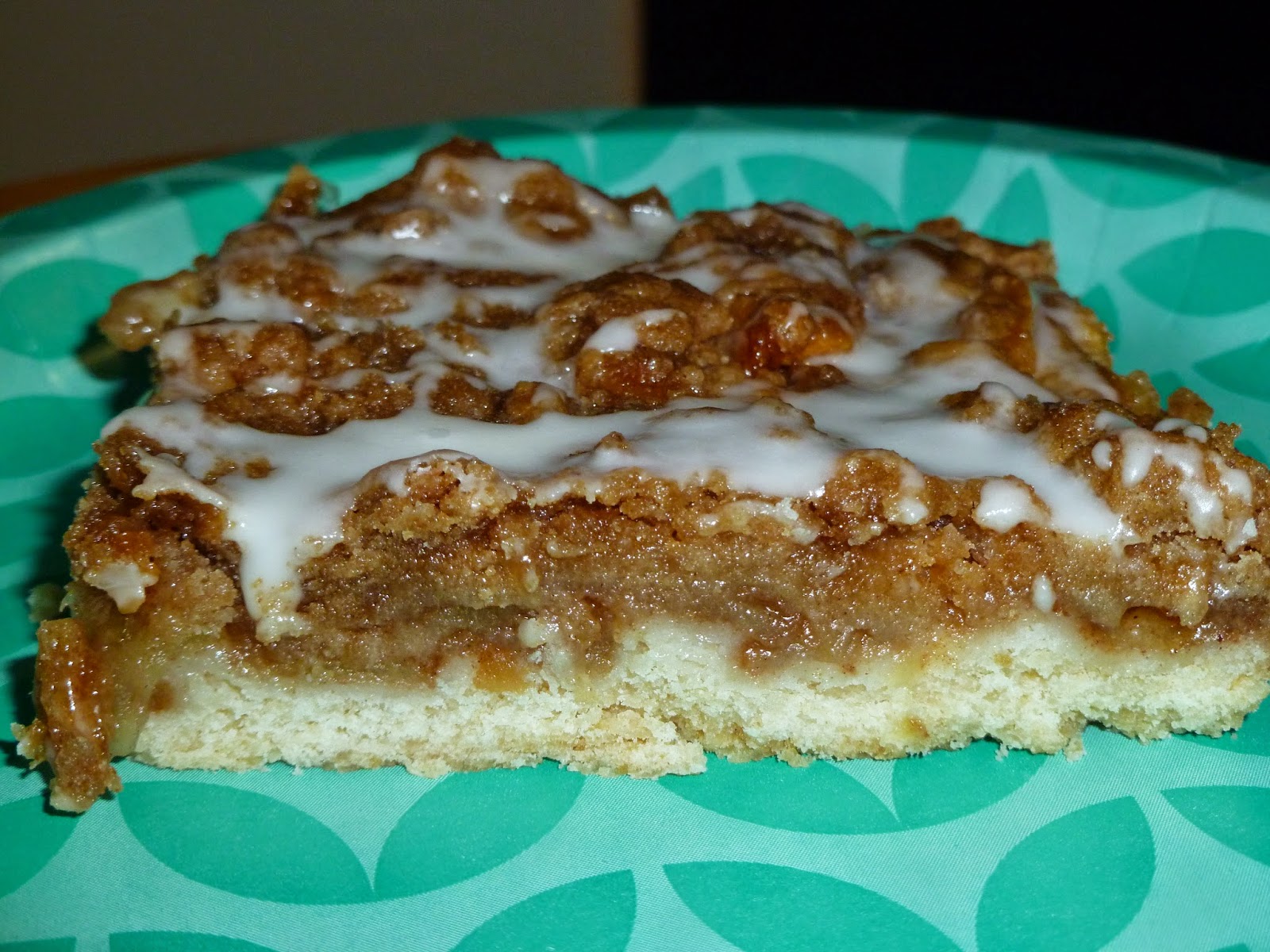