Nothing Bundt Cake copycat Lemon Bundt Cake - made May 20, 2018 from Favorite Family Recipes 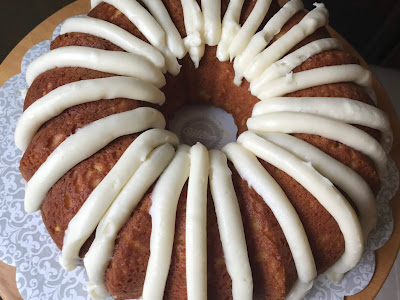 I’ve been a fan of Nothing Bundt Cake ever since I first tried them almost 10 (?) years ago. The red velvet was my first favorite but I’ve expanded my devotion to encompass the lemon bundt cake and more recently, the vanilla bundt cake. It isn’t just the flavor but also the fluffy texture that ensnared me. The funny thing is, sometimes I’d swear it was from a cake mix. It tastes way better than any cake mix I’ve had but the fluffiness, particularly of the lemon bundt cake, reminded me (fondly) of those Sarah Lee pound cakes my mom used to buy when I was a kid and that was our rare treat for dessert after dinner. 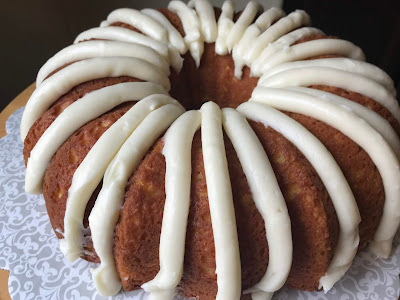 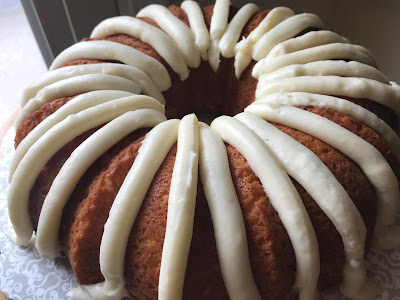 You can tell two obvious things from the pictures right away. First, Nothing Bundt Cake has no need to fear my icing skills. I tried making their signature “frosting petals” over my cake. Don’t look too closely or you can see how dismal my efforts were. It’s actually not hard to make the round petals; simply put your frosting into a plastic frosting sleeve, cut the tip in a straight line, then pipe. The trick is making sure there are no air holes in your bag of frosting or your frosting won’t come out in an unbroken line and apply pressure evenly with no hesitation. I had some issues with consistency and even pressure. Shrug. When you’re not a frosting person, apparently, you don’t hone your frosting skills. Ha. 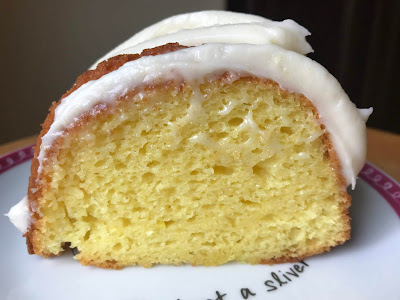 Second thing you can tell from the picture of the slice of cake is this did not have the fluffy texture of the original Nothing Bundt Cake lemon cake. It was still a good cake but, just like the banana cake from Icing on the cake whose texture I still haven’t been able to replicate, I couldn’t do it with this one either. It wasn’t fluffy enough. It was moist though and still a good cake. As a matter of fact, it turns out my coworkers liked this so much I had several people stop me in the hall and in the kitchen to tell me how much they liked this cake and how good it was. So if you want an easy lemon cake with a cake mix base, this is a great option. I don’t think I would consider it a copycat NBC bundt cake though, other than how I frosted it to copy the signature look of a Nothing Bundt Cake. If I had iced it the normal way or made it as a glaze, I think this would just been a good lemon cake. So the search continues for a copycat. 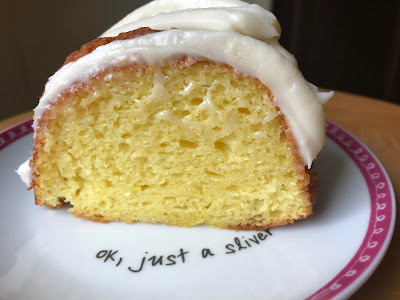 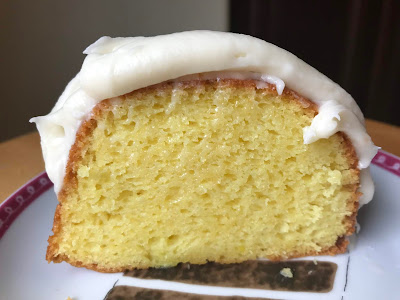