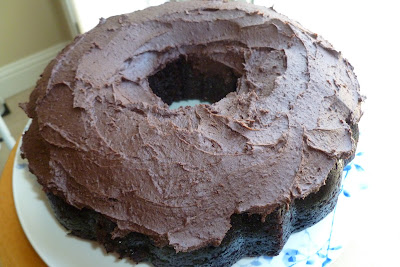 I'm not fond of root beer.  I might've liked it as a kid but when I tried it as an adult, I found it way too sweet for me.  And for someone with my sweet tooth, that's saying something.  Yet I was drawn to this recipe for a couple of reasons.  One, it's similar in concept to a cola cake which I've never made before but was always curious to try.  And two, when you've been baking as much and as long as I have, it's good to try things I might not have liked or considered in one form.  I never know when I might like it in a different form.  So it's good to expand baking horizons.  Besides, the picture of this cake in the Baked cookbook was irresistible.

I wasn't sure what I expected from this cake except I thought it would taste like root beer.  It doesn't.  Instead, it's probably one of the best chocolate cakes made from cocoa that I've ever tried.  It's even better than the Simple Chocolate Sheet Cake I made for National Chocolate Cake Day.  Cocoa imparts a rich, dark chocolate flavor to almost anything it's used in (provided you use high quality cocoa!) but it sometimes has a tendency to have a drier texture.  Not in this cake.  Must've been the root beer but this made a moist, almost velvety, cakey-dense-but-not-too-dense texture.  It's hard to describe except that both the taste and the flavor of this cake were excellent.  As always, it's important to use a dark, high quality cocoa since that is what you'll taste.

The only issue I had with this cake is, because the batter is so thin, it became a bit lumpy after the flour was added.  The recipe cautions against over mixing so I was afraid to beat out all the lumps and I didn't know if straining it would be considered over-handling/over-mixing so I didn't.  There were some flour spots/little lumps in the baked cake but nothing too embarrassing....I hope. 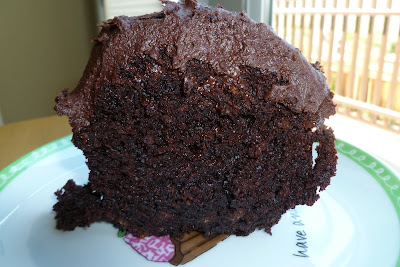 1.   Preheat the oven to 325⁰F.  Generously spray the inside of a 10-inch bundt pan with nonstick cooking spray.
2.   In a small saucepan, heat the root beer, cocoa powder, and butter over medium heat until the butter is melted.  Add the sugars and whisk until dissolved.  Remove from the heat and let cool.
3.   In a large bowl, whisk the flour, baking soda and salt together.
4.   In a small bowl, whisk the eggs until just beaten, then whisk them into the cooled cocoa mixture until combined.  Gently fold the flour mixture into the cocoa mixture.  The batter will be slightly lumpy – do not overbeat it, as it could cause the cake to be tough.
5.   Pour the batter into the prepared pan and bake for 35 to 40 minutes, rotating the pan halfway through the baking time, until a small sharp knife inserted into the cake comes out clean.  Transfer the pan to a wire rack to cool completely.  Gently loosen the sides of the cake from the pan and turn it out onto the rack.
6.   Make the Root Beer Fudge Frosting: Put all the ingredients in a food processor.  Pulse in short burts until the frosting is shiny and smooth.
7.   Use a spatula to spread the fudge frosting over the crown of the bundt in a thick layer.  Let the frosting set before serving, with ice cream on the side. 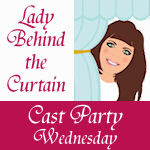